When were the first New Year’s Eve Fireworks in London? 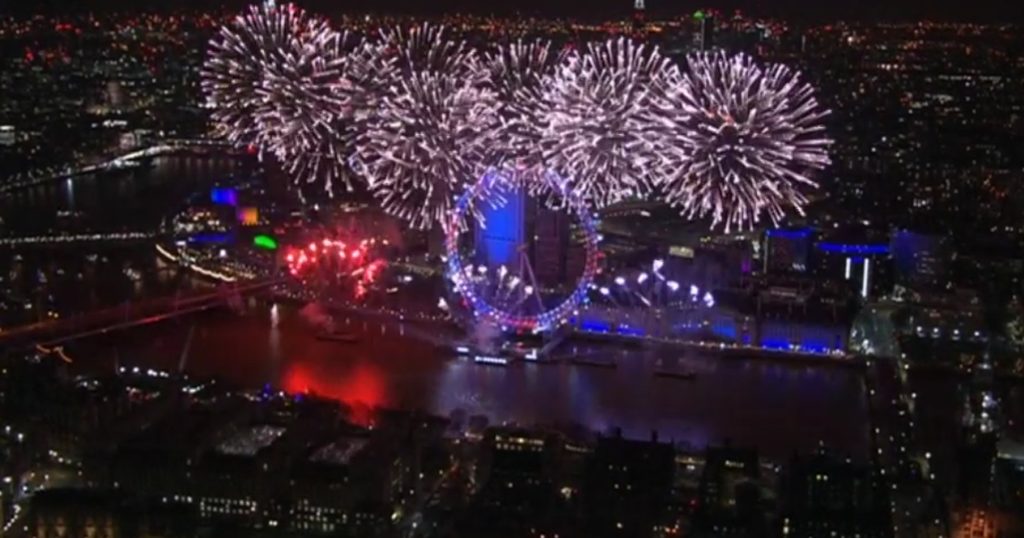 The first major New Year’s Eve fireworks display in London was on 31 December 1999 to celebrate the year 2000. That was also the day of the official opening of London Eye (without passengers). It was estimated by the BBC that about 3 million people turned up around the Thames to watch the fireworks display on that day.

Since then, every year London offers a magnificent fireworks show.

What are the numbers around the fireworks? 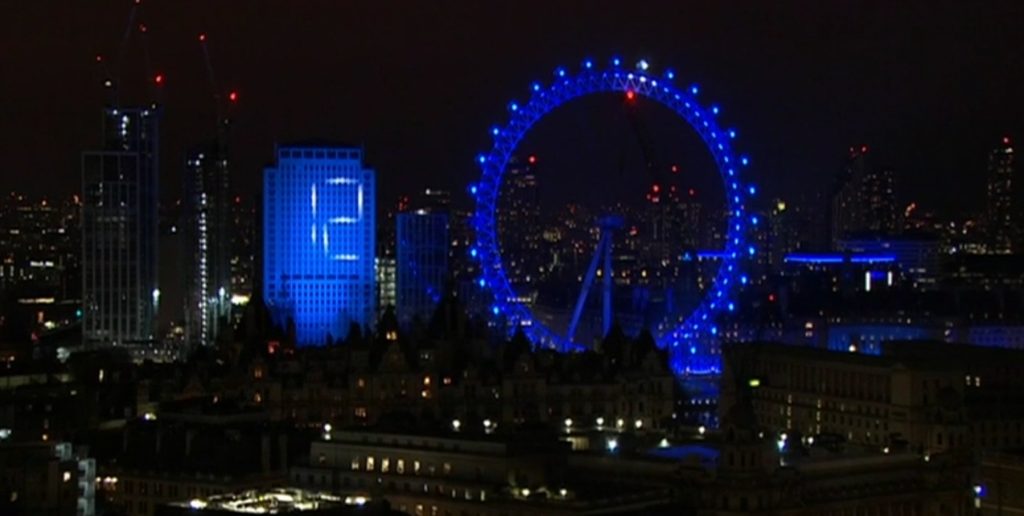 What’s the Best location to watch the fireworks from?

New Year’s Eve Fireworks take place at London Eye in central London. Streets in the area are closed and you won’t be able to get near the river unless… you have a ticket.

Tickets cost about £10 and you can get one as early as end of September. Read more here.

If you do not have a ticket then you can gather on places like Trafalgar Square where you might be able to see small part of them. Prepare for a huge crowd. Other people will go on high grounds like Hampstead Heath, Primrose Hill and Alexandra Palace.

BBC is streaming the event so it is a great option.

In summary, the New Year’s Eve Fireworks London is a spectacular event. Scroll down for proof.. 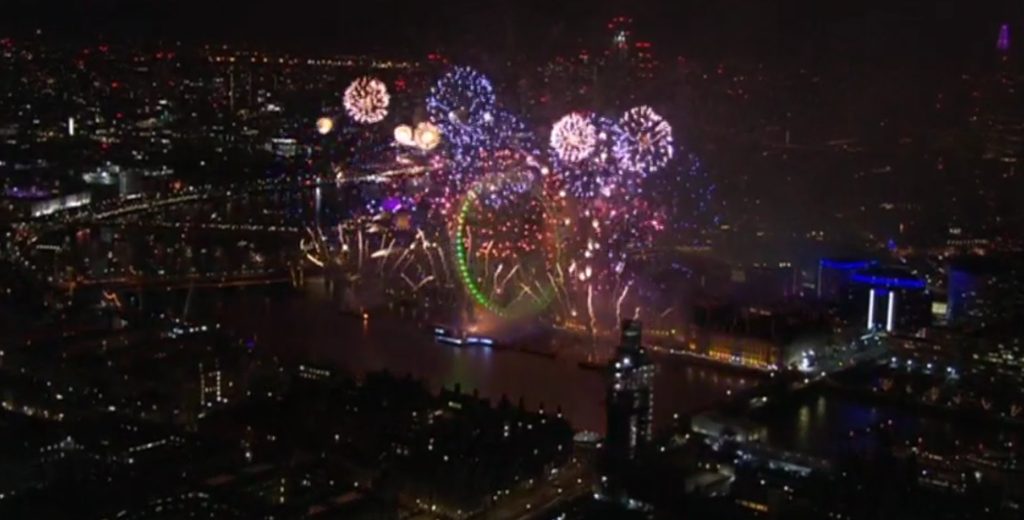 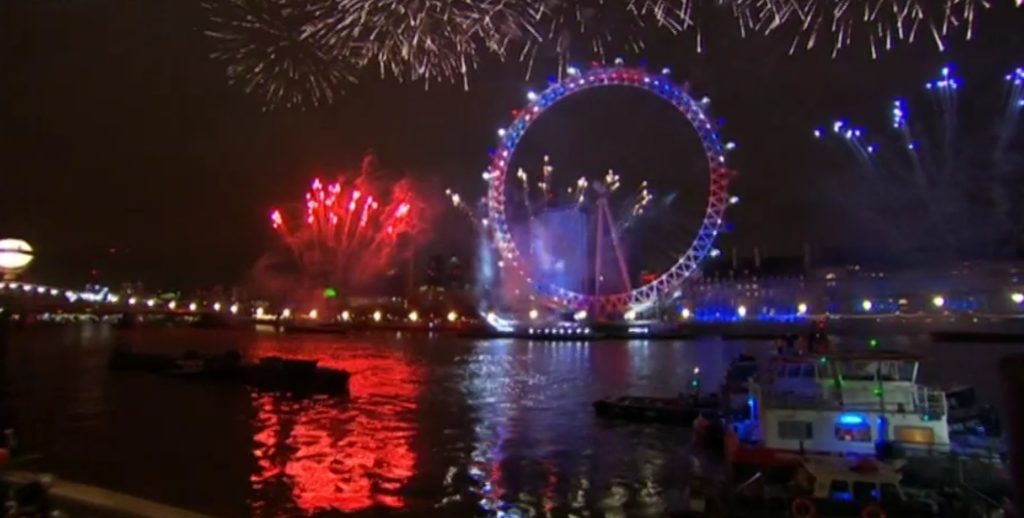 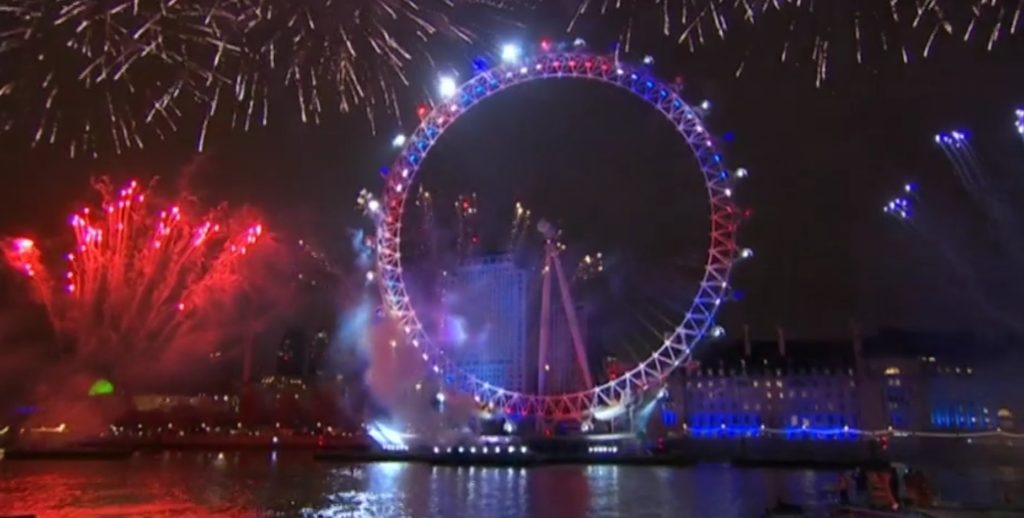 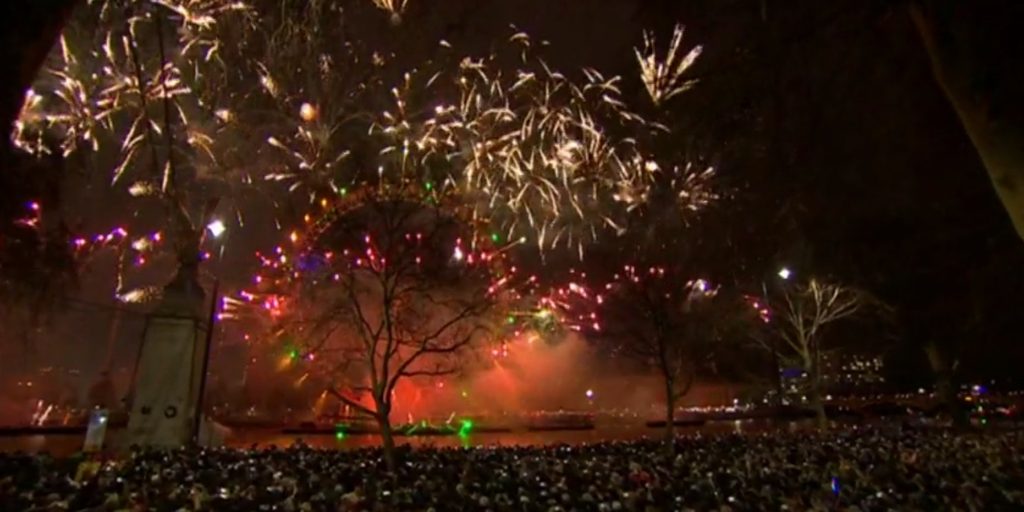 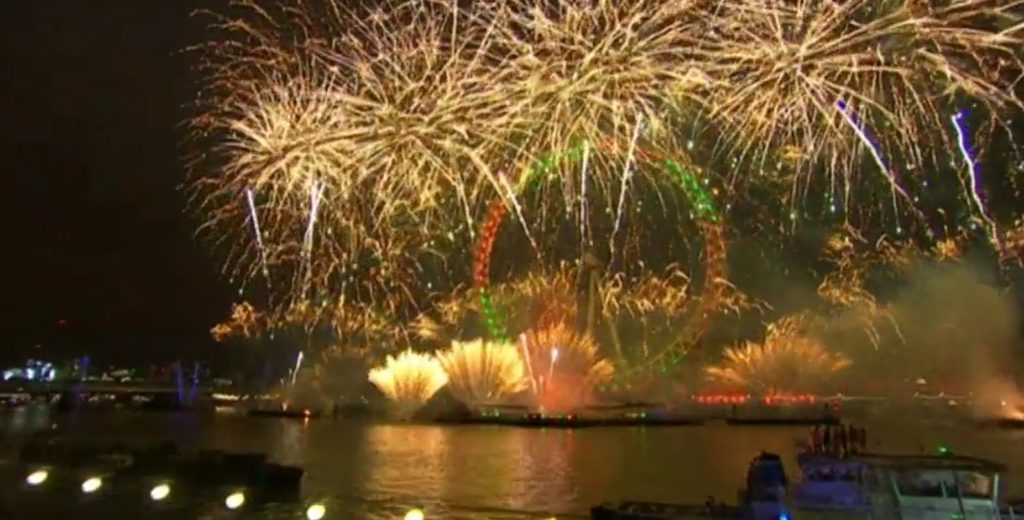 NOTE: I don’t own any of the photos.

Watch the video of the New Year’s Eve Firework display from 31 Dec 2018.